Home » Reading Room » Oscar Pistorius: What if he worked for you?

The Oscar Pistorius trial has caused a sensation across the nation with everyone throwing their opinions about the trial around on social media and in everyday conversation. Oscar’s celebrity status has already blown the case onto international radars. This got me thinking: what would happen if Oscar Pistorius wasn’t a celebrity and he worked for your company? What course of action could the company take?

A high-profile employee (Oscar for convenience sakes) at Company X is suddenly caught up in the middle of a massive murder case. Oscar is charged with the murder of his grandmother after shooting her twice with a handgun.

How should Company X react?

Paul Jacobson – MD and digital strategist at Web•Tech•Law (Proprietary) Limited – recommends that Company X should not take a side.

“I would recommend that Company X adopt a neutral approach because, despite any apparent evidence or perceptions, Oscar remains innocent until proven otherwise. It should take the position that this matter is a personal matter and that it will not make any comment.”

Can Company X dismiss the employee or do they need to wait on the outcome of the case?

“I don’t believe that Company X would ordinarily be entitled to dismiss Oscar based on an allegation of murder. This may depend a bit on the company’s rules, procedures and contract with the employee but I suspect dismissing an employee accused of murder would be unjustified. What it may wish to do is first assess if Oscar is capable of performing his or her duties and, if not, that may be grounds for termination because of an inability to perform,” said Jacobson.

Should Company X be seen to support Oscar wholeheartedly?

“From a reputational perspective and because it may need to dismiss the employee down the line, the company should remain neutral on the matter and not express opinions,” Jacobson concluded.

In the case of an employee of a company who has been accused of murder, or any other serious criminal offence, his or her company should remain neutral, not take any disciplinary action and not express any opinions to the media. This will help to protect the company’s reputation and prevent any legal action from being taken against them. 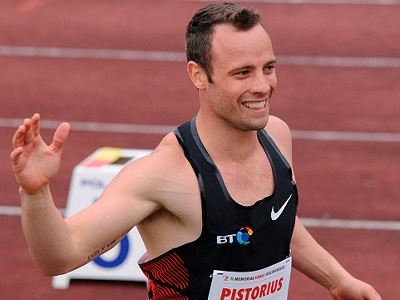 8 thoughts on “Oscar Pistorius: What if he worked for you?”