Home » Reading Room » The Millennials: shaping the workplace of the future 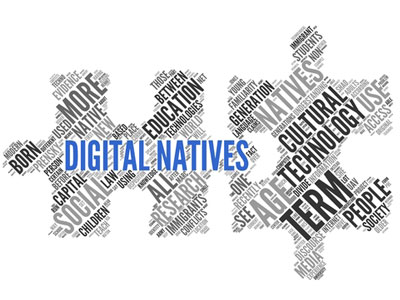 First there was Generation X and now the job market has a new breed of individual – the Millennial. This new breed of twenty-something individual is indeed differently natured to previous generations and exhibits specific characteristics that make them difficult, or at least peculiar, employees.

Even the word ‘employee’ does not accurately define them:

This creates an interesting challenge for the more traditional older generation who have to encounter and manage these individuals.

This new generation is defined by the Internet

This technology is something more powerful and life-altering perhaps than any phenomenon in human history. The worldwide web has literally created a collective consciousness that is tangible, measurable and omnipresent.

But what about values?  Is there pause for concern?

I believe that there is. Just as generations before have bemoaned the loss of values of younger people, the same concerns are being expressed right now.

And while we must always remember the flipside – that there are things about this generation that are admirable and encouraging – as an employer, and a member of an older generation in an increasingly Millennial world, there are three key characteristics Millennials exhibit that are worth taking note of:

1.The first key characteristic is attention deficit. There is no doubt that attention has become a rare commodity. The Internet, with its ever-increasing demand on attention and array of available targets, has created a generation in which nothing grabs their attention for very long.

The implications of this are important.

Everything needs to be more compelling, subtlety stops working and time compresses what would have previously satisfied for days or weeks or months before, to only a few minutes.

This inability to stay the course has deep implications for relationships and careers. It may manifest as an addiction to excitement or as intolerance for boredom or continuity. In the workplace, it shatters the long-term employee archetype. The upside is that young people are less likely to remain in dead-end jobs and this has helped stimulate an explosion in entrepreneurship where economic conditions enable it.

The world is paradoxically more silent as people engage with their phones instead of one another. There is also an absence of mental silence as the phone pours the Internet into each person’s mind with relentless efficiency. It remains to be seen whether this relentless noise will lead to a greater desire for silence or an inability to tolerate it.

3.Finally, the workplace is characterised by the need for prestige. Success is a drug we all crave in one form or the other but if the Internet and the proliferation of entertainment and content has made us impatient, our exposure in social networks has made us crave status. And, again, the newest generation to hit the workplace comes with this heightened need for extrinsic value baked in.

This is not to say that 80s kids lacked ambition, but there is something about the respect for earning status that has changed. Or perhaps it’s a belief in hard work that has eroded. This seems to be the result of status being earned too rapidly, easily or predictably in the online world. Or perhaps it is just a consequence of being a part of the first generation to live in the kind of society that social networks have produced.