Home » Reading Room » How to prepare your next disciplinary case 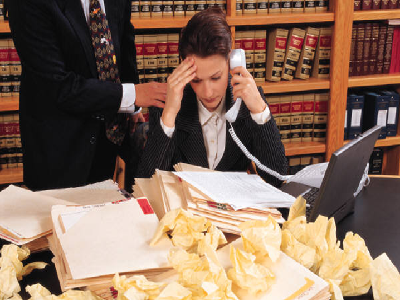 While acting as a CCMA arbitrator and chairperson of disciplinary hearings, I have noted numerous reasons why employers lose dismissal cases at the CCMA.

In many cases, the charges should never have been brought because:

–    All of it at the disciplinary and/or arbitration hearing, or

–    The evidence in a proper manner to enable the chairperson/arbitrator to find in the employer’s favour.

The basic reason why evidence is poorly presented is that employers do not prepare properly for the disciplinary/arbitration hearing because the employer does not:

The employer must prove the employee is guilty…

… and that the misconduct merited dismissal – and not a lesser punishment.

So when a manager responsible for bringing the case on behalf of the employer does not do so properly, there is a strong probability that the CCMA arbitrator’s decision will go against the employer.

This means it is vital all managers and other staff responsible for discipline must have a full understanding of how to prepare for, and present, a case at a disciplinary or arbitration hearing.

1.    Assess the allegations to see if these have been brought in good faith or if the accuser has a hidden agenda,

2.    Investigate the circumstances of the alleged incident(s),

3.    Assess the circumstances leading up to and surrounding the alleged misconduct incidents,

4.    Evaluate the evidence gathered in the investigation to establish if it constitutes proof of misconduct,

5.    Formulate the charges to be brought against the accused at the disciplinary hearing,

6.    Establish who will present the evidence at the disciplinary or arbitration hearing,

7.    Decide which witnesses and other evidence will be used,

8.    Prepare questions that will be used to cross-examine the evidence brought by the accused, and

In the unreported CCMA case of Mahlangu vs Hernic Ferrochrome:

While the CCMA eventually found in the employer’s favour, it was a very close call. Had the labour law expert not been able to do a great deal of “fancy footwork” in papering over the cracks of the disciplinary hearing, the chief shop steward would have been reinstated with many months’ back pay.