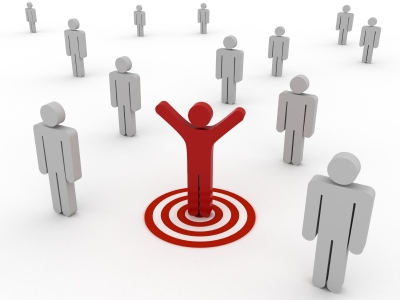 While there are more women in leadership and management positions than ever before, the workplace remains a male-dominated terrain, with men still holding the majority of top positions in government, commerce and industry.

Though Sheryl Sandberg, Facebook CEO ranked as one of Time’s 100 Most Influential People in the World, is widely known for her view that women unintentionally rein in their own career advancement because of a lack of domestic assertiveness, social expectation, poor self-awareness and a lack of confidence, there are other factors that hold women back – specifically, an environment that is not inclusive.

For centuries, societal norms and gender stereotypes have influenced how women ‘should’ behave but it’s up to women to redefine this. In the South African context, we are still grappling with women inequity issues which are far greater than those faced in other similarly globally competitive countries.

Beyond salary gaps and lack of female representation in leadership in the private sector, we have some of the highest rape, domestic violence and women abuse statistics in the world. As a result, we have large numbers of women who are dealing with the after-effects, including lack of confidence, low self-esteem, feelings of inadequacy as well as the inability to trust and build relationships.

However, it is going to take a lot more than more self-confident women to redefine this context. Women empowerment in the workplace must go beyond encouraging women to go for their career goals with gusto, raise their hands more, or assert their place at the boardroom table.

If we are to see more women in leadership positions, and see real empowerment of women in the workplace, the environment as a whole has got to change to be more gender neutral and more inclusive, while acknowledging that women are fundamentally different from men.

Words of wisdom from Sandberg

In her latest book, Lean In, Sandberg provides practical advice for women on negotiation techniques, mentorship, and building a satisfying career.

She encourages women to behave like men – this is what she refers to as ‘leaning in’ rather than pulling back – by negotiating harder, raising their hands more and being more self-confident.

This behaviour should not be seen as masculine. In fact, it should be encouraged in all people, most especially women. Women really should understand how men do business, how they negotiate, how they operate with confidence, and how to behave to motivate for promotions.

We learn from others’ experiences

Men have been active in the workplace a lot longer than women have. Women should look to the current norm and seek to understand it so they can understand the structure that they’re part of, and how to change that structure to make it work for them.

Women mustn’t be afraid to challenge norms. There are traditional mindsets that women who want to succeed in a corporate environment will need to challenge. It’s OK if women want to remain unmarried or not have children. It’s also OK if married women, with children, want to gain and maintain leadership positions.

Business leaders must create an environment that empowers women

Companies must have policies to ensure that women are recruited, retained and advanced into leadership positions. Programmes must be implemented to identify female candidates for leadership roles, and managers must be held accountable for promoting women.

Importantly, businesses must strive to create gender-neutral environments and find out what the women in their organisations need. Women don’t leave their jobs because they want to stay at home: They leave their jobs for better work environments where they have more control over their lives or careers. Organisations that want to keep top female talent must work to understand women and their needs better.

The new environment, the one that empowers women, will ensure flexibility for men and women if they need: