Home » Reading Room » Double jeopardy is not on! 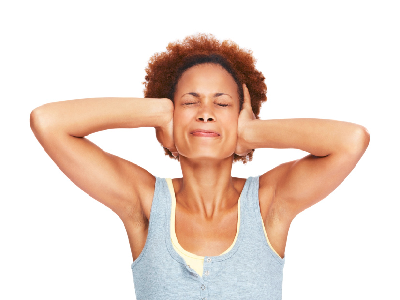 A recent article in The Star reported that the SA Bureau of Standards (SABS) dismissed a man named Mr Pretorius. He had been the section head of the SABS’ crash test and component testing section.

Pretorius was reportedly dismissed for illegally selling crash test bodies after allegedly giving a crash test body to a friend in exchange for a go-cart sponsorship.

But from the report, it appears that he had already been given a 12-month final written warning for this very offence in August last year.

After issuing the final warning, the SABS suspended Pretorius pending further investigation. By the time he was dismissed, Pretorius had been on suspension for 17 months on full pay.

According to the report, Ben van der Walt, legal advisor to the South African Parastatal and Tertiary Institutions Union (SAPTU0, said further investigations had not uncovered any new evidence against Pretorius.

This suggests that Pretorius’ protracted suspension on full pay was not cost effective. It also begs the question if the SABS had grounds to convert the final warning given to Pretorius into a dismissal:

Don’t try this at home folks!

The SABS took a very unorthodox route of issuing a final warning, suspending Pretorius on full pay for a protracted period and then dismissing him without further evidence.

It seems that the powers-that-be at the SABS must have had a very compelling reason for wanting Pretorius out of the organisation if it was willing to go to the substantial cost of a 17-month paid suspension and take the major legal risk of punishing its employee a second time without new evidence or without proof that a new offence had been committed.

The dismissal may have been legally acceptable if Pretorius received a final warning for the illegal sale and after he committed another similar offence within the 12-month period the warning was valid. Then if he had been found guilty at a new disciplinary hearing, a dismissal for the second offence could have been legal.

This is not acceptable in law, except possibly where new evidence shows that the initial punishment was too mild.

The double jeopardy principle was followed in the case of Hendricks vs University of Cape Town (1998, 5 BALR 548):

The report is not clear about if this charge was for the same incident where Hendricks had been cleared of theft at the first disciplinary hearing.

The CCMA found that Hendricks had effectively been disciplined twice for the same set of offences and thus declared the second penalty was (the dismissal) unfair. Hendricks was reinstated with retrospective pay.

In OCGAWU obo Alexander vs County Fair Foods (Pty) Ltd (2000 11 BALR1271), Alexander was fired by his employer for allegedly assaulting a fellow employee. He was dismissed despite the fact that he had received only a suspension and a final warning at his disciplinary hearing.

At the CCMA arbitration hearing, the employer argued that it had been obliged to overturn the milder penalties because:

The arbitrator rejected these arguments and found in favour of the employee because: